I originally wrote this post back in December of 2010.  For some strange reason, I never published it.  Go figure. Two years later, I sit back and think about everything that’s transpired since then.  The only thing that I can say is that I’m still standing, still breathing and still living.  At the end of the day, I suppose that’s all you can be happy about.  Read on and get to know two people who I love and miss dearly:

This year has been an ASS KICKER!!!  There’s no other way that I can put it.  So much has transpired that I can’t even keep up with everything.

I lost two very important people in my life this year.  The first was my dance mentor/mother, Dr. Sherill Berryman-Johnson. For those of you who didn’t know who she was, she was an amazing foundational rock of the African cultural dance community here in Washington DC.  She also gave me my first chance to evolve and participate in the dance world outside of KanKouran, and for that alone, I am forever in her debt.  Dr. Johnson passed away after a personal and hard fought battle with Cancer.  I didn’t even realize she had cancer until she passed.  She chose to fight the affliction through herbal remedies which came too little, too late.  I spoke to her several days before she passed.  She gave me such words of encouragement, and like any other elder who is really about the community, she always told me what I needed to hear. Because of Dr. Johnson, I was able to work with the Dono Inc. family, as well as the legendary Ronald K. Brown.  I miss her so much because above all else, she would always have this way of giving me a sense of clarity and purpose with respect to what I do within the culture/dance community. 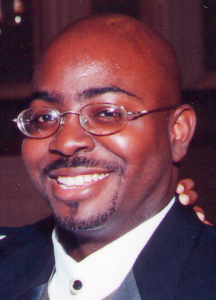 The next person I lost this year was even closer to me than Dr. J.  For those of you who don’t know, I have several siblings.  My father was the type of man who felt that he needed to be “fruitful”, however he did so with the most egotistical and self-serving ways.  I still love him to death, but it is what it is.  Although I am an only child by my mother, I have two older brothers, a younger brother and a younger sister I have yet to meet.  The eldest of us siblings was my brother, Ruskin McEwen.  Ruskin was another giant within his community in Atlanta Georgia.  He taught me what it means to be a man through his love of his wife and kids,  as well as his dedication to his family and community.  My brother held down two jobs just to make sure that his family could live comfortably.  I always admired him and his work ethic because he lead by example.

My brother Ruskin was the one who kept all of us “siblings” together.  When I was pissed at my father for being the man he is, it was my brother who taught me to have compassion and love for our father, simply on the grounds that he would atone for his actions one day.  It was back in 2007 when he called me to tell me that he had a tumor behind his eye.  Although we all prayed that it wouldn’t be cancerous, it was.  That was when the battle started.  That was also around the time when the surgeries started.  He went through three surgeries to either remove the cancer and/or fix something that wasn’t done in the previous surgery.  It seemed as though he had finally overcome this thing toward this time last year (2009), but I got that call from him a few days before the holidays again, telling me that the cancer had returned.

I went to go see him in July (2010). It was a great time because my father was also down there and everyone just came together to celebrate with him.  By this time, the chemotherapy had caused his head to swell and one of his eyes had to be sewn shut to preserve his eyeball.  It really hurt me to see him like that.  It hurt me even more to have to help him up some stairs, to see his wife (who by the way, reaffirmed that I am so in love with the sheer strength and essence of black woman) struggle to hold back her tears, and to see his mother deal with the fact that she was losing her only son.

On July 31st 2010, 11:45pm, I got the call from my sister-in-law Stephanie telling me the my brother had transitioned and that his hard fought battle against brain cancer was finally over.  I didn’t cry, shout, yell, scream or anything.  I just told her that I’d be down there to do anything that she needed me to do. I knew I had to be strong for my family, but what I didn’t know was how his death was going to affect me.  I have a keen understanding of how the ancestors work with and for me, but just having to deal with his death has been pretty hard.  Just when I thought I’d gotten over it, the holidays come around, leaving you feeling  just as bad as when it first happened.  I guess that what life’s all about: living through the experience, learning from it and then evolving through the journey.

I’m happy this years is almost over.  2011 will bring with it new energies.  I need to get back into the gym